Ken has not written a song in a little while, so he decided to put his talents to work again and came up with another fun song.

Hot Rod Rolls is about an older Rolls Royce that has really been worn out and it was decided to fix it up and make it into a Hot Rod. It has a racing engine, big wide tires, and can beat anything on the road.

From the looks of it, no one would know it is a Hot Rod unless you looked at the size tires on the back. It has a nice rumble to it and it looks just a little bad ass. Ken was not really settled on what year it would have been, and the first picture is actually a Bentley – not a Rolls Royce.

“If I had the means, I would get an old Rolls and bring it to Count’s Kustoms on South  Highland Drive in Las Vegas, NV and let them have a crack at it. I’m sure it would be amazing when it was completed”.

The song was based on two different pictures shown here. 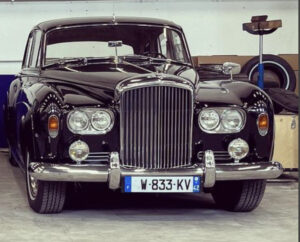 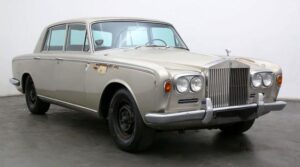